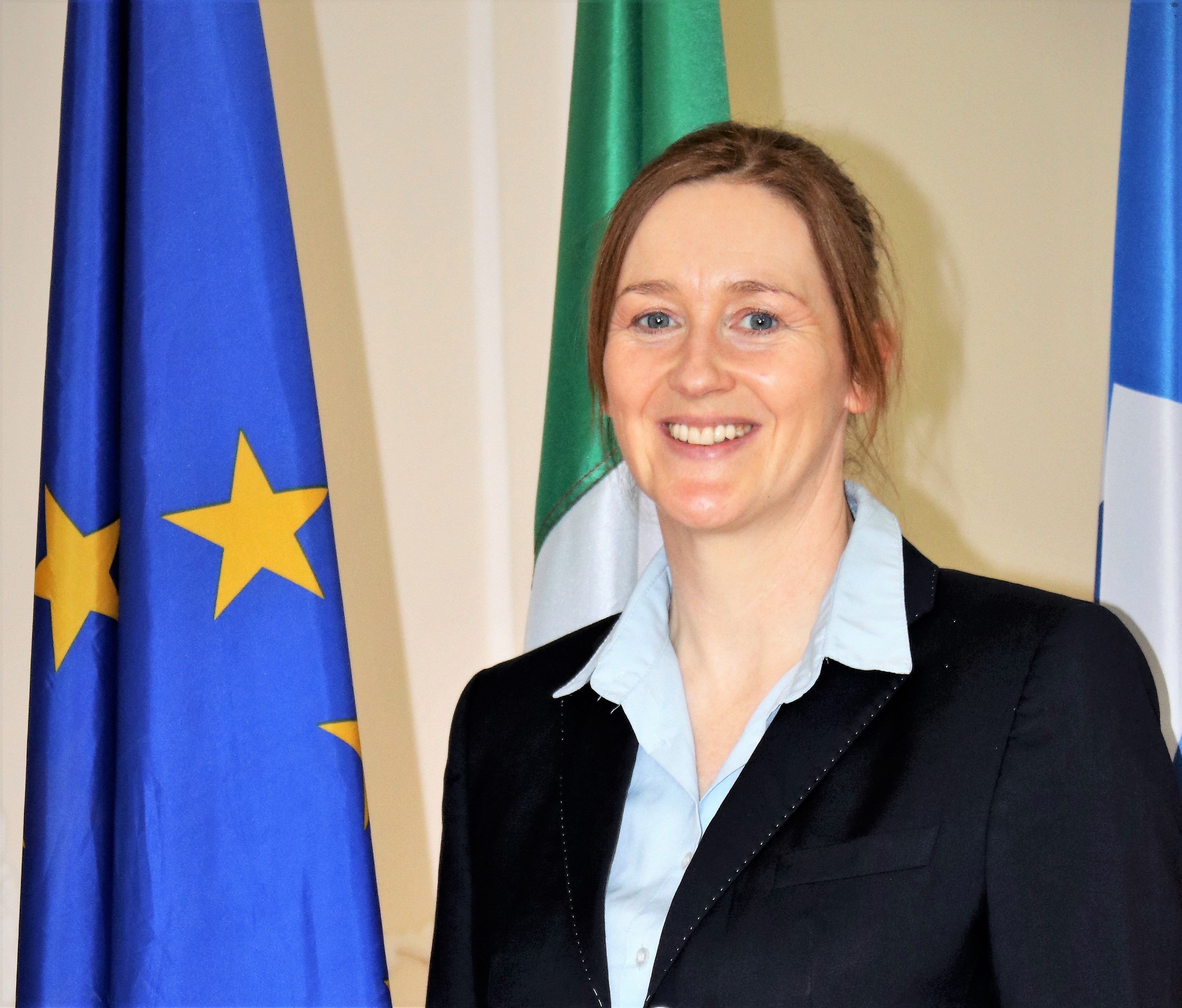 Since 1st January 2020, Ms. Kate Fearon has served as the Acting Head of the European Union Monitoring Mission (EUMM) in Georgia. Prior to taking on this role, Ms. Kate Fearon was Deputy Head of Mission/Chief of Staff from 3rd April 2018.

Prior to these, Ms. Fearon held advisory roles on governance for the UK government in Afghanistan and in Sudan. Formerly, she held the positions of Head of the Mitrovica Office of the International Civilian Office in Kosovo, Deputy Head of the Political Department of the Office of the High Representative and Director of the National Democratic Institute’s Political Party Programme in Bosnia and Herzegovina. She co-founded the Northern Ireland Women’s Coalition (NIWC) in 1996, and worked on the Northern Ireland Peace Negotiations for two years, before serving as the NIWC’s Chief of Staff in the inaugural Northern Ireland Assembly.

She holds a Bachelor’s degree in English and Russian Literature, a Master’s degree in Irish Politics, and a Master’s degree in Social Research Methods and Evaluation. She is the author of two books (on the Northern Ireland peace negotiations and on stabilisation in Afghanistan) and the editor of a third (on Northern Ireland). She has published multiple peer-reviewed articles in academic journals such as the Hiroshima Journal of Peace, the Fordham University Law Review, the Danish Institute for International Studies, Conciliation Resources, and Freedom House on conflict negotiation, mediation and peace agreement implementation, frequently with a focus on the women, peace and security agenda, and informal justice systems.