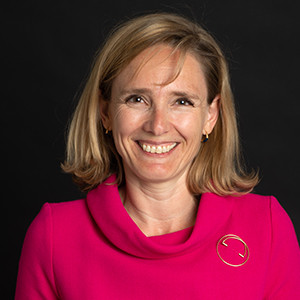 Ms Rakhorst joined EUMM Georgia at the end of June 2021. A Dutch secondee, she has extensive experience working in EU CSDP missions and organizational reform, especially in the context of (post-) conflict settings.

Prior to joining EUMM, Emily worked as an independent consultant on justice sector reform. Before that, she was involved in the establishment of the Kosovo Specialist Chambers, first within the Planning Team for the Kosovo Specialist Chambers and Registry, based in Brussels, and later as Head of the Court Management Unit, based in The Hague.
©Marie-Louise Boissevain.

She furthermore worked in the Rule of Law section of EUPOL COPPS in Palestine and as Legal Officer at the International Criminal Tribunal for the Former Yugoslavia.

Over time, Emily has increasingly focused on the building blocks that make substantive work and operations possible, whether in the field, police station or courtroom. She enjoys working on the intersection of the daily operational needs and the administrative support systems. Her previous activities include the establishment of the juvenile police in the West Bank, the establishment of the Palestinian corruption crimes court, provision of strategic advice to Somali justice stakeholders, but also advising on infrastructure for justice institutions and managing a long-term, complex, IT project aimed at efficient and secure handling of judicial records.
Emily holds a law degree, with a specialization in criminal justice, from the University of Groningen, the Netherlands.