On 14-15 July, a delegation from the Subcommittee on Security and Defence (SEDE) of the European Parliament Committee on Foreign Affairs paid a visit to the EU Monitoring Mission Headquarters as well as to EUMM Field Offices Mtskheta and Gori.

The delegation was chaired by MEP and Vice-Chairman of SEDE and standing rapporteur on Georgia, Mr Krzysztof Lisek, and included the MEP and Vice-Chairman of SEDE, Mr Justas Paleckis, the MEP Pawel Kowal and the advisor to the European Conservatives and Reformists Group, Mr Tomasz Szatkowski. Mr Oliver Allen from the General Secretariat of the Council of Europe also visited the EUMM together with the European Parliament delegation.

On the first day of their visit, the delegation members were briefed by the Head of Mission Ambassador Haber and the Deputy Head of Mission General Janvier. They were given an overview of the Mission’s work, its achievements and challenges. They also took the opportunity to meet their compatriots at the EUMM headquarters and to talk about their experiences while working with the EUMM.

On the second day, the delegation visited the EUMM Field Offices Mtskheta and Gori. FO Mtskheta gave a presentation for the guests on the set up of the Field Office and the range of its patrols and other activities. Then the delegation visited the Internally Displaced People’s (IDPs) settlements of Tserovani, Tsilkani and Saguramo, together with EUMM monitors from the Humanitarian Issues Team. The general situation, key issues and living conditions of the IDPs were explained. Following this, the delegation visited Field Office Gori and joined an EUMM patrol to the checkpoint at Zemo Nikozi at the Administrative Boundary Line (ABL). They had an opportunity to learn about the security situation in the vicinity of the ABL and ask the EUMM monitors about their work as part of the Confidence Building Team.

The delegation members underlined their continued support for the Mission’s objectives and expressed appreciation of the Mission’s contribution to security and stability in the region. They also praised the professionalism and enthusiasm of the Mission’s staff. 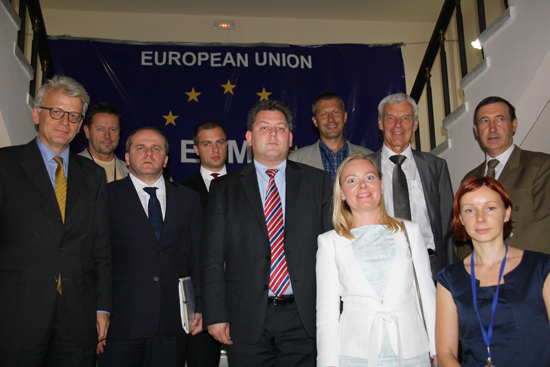 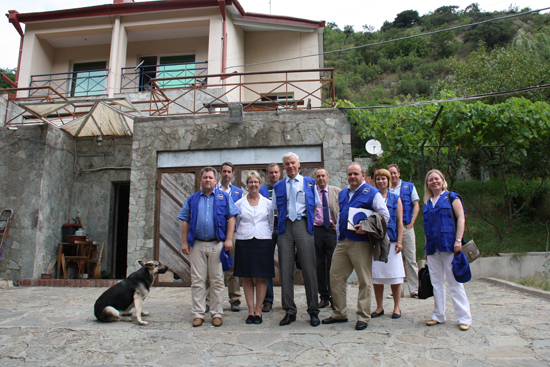