On 23 August EUMM Field Office Mtskheta held a Gender Workshop for Georgian Armed Forces Ministry of Defence and Armed Forces personnel. A total of 29 people were present at the workshop at a venue in Mtskheta. The event began with a technical presentation on the framework of the international agreements regarding gender issues, such as CEDAW, UNSCR 1325 and UN010704. This international legal framework aims to improve gender equality or rebalance the equilibrium situation regarding female rights. Presentations then followed on the national experiences of a sample of EUMM represented countries, namely Bulgaria, Romania, Sweden and the UK.

Topics covered by the Field Office Mtskheta team included the recruitment and requirements for female military personnel, issues around maternity and career progression, as well as the media reporting of female personnel, and the attitude of their male colleagues. The role of females in the military generated some lively debate as male and female delegates considered the relevant issues and questions such as whether strength or strategy was more important.

After lunch, workshop discussions were held to discuss the recruitment and the selection process; education, training and career development; and operational planning and execution.

During the day, the Georgian Ministry of Defence and Armed Forces personnel actively participated in the Q&A and workshop discussions, sharing their national experiences. The event was well-received by those invited to attend. The break times provided a good opportunity for the Field Office staff assisted by three Language Assistants to meet and interact with the Georgian personnel. An informal gathering after the event further reinforced new relationships and brought a fitting close to the workshop which was both good and enjoyable as well as serious and educational. 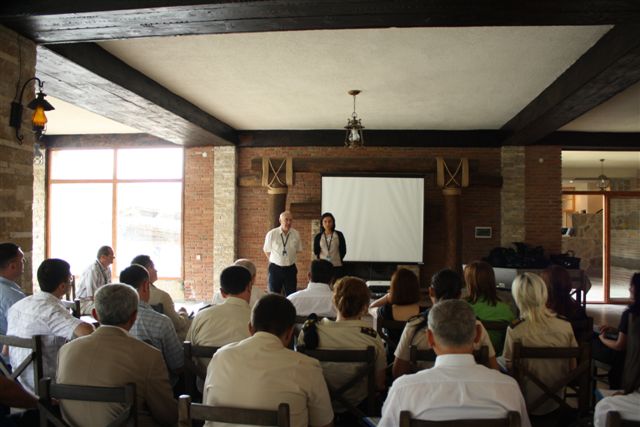