Delegation from the Council of Europe visits EUMM

The visitors were greeted by the Deputy Head of Mission Gerard A. Fischer. They received a briefing about the general work of EUMM on the ground and the current security situation along the Administrative Boundary Lines (ABL). The delegation was most interested in the human rights aspects of the Mission’s work. The discussion concentrated on borderisation issues, freedom of movement and confidence building opportunities. The visitors appreciated the information provided by EUMM and noted the important role of the mission in maintaining stability in the region. 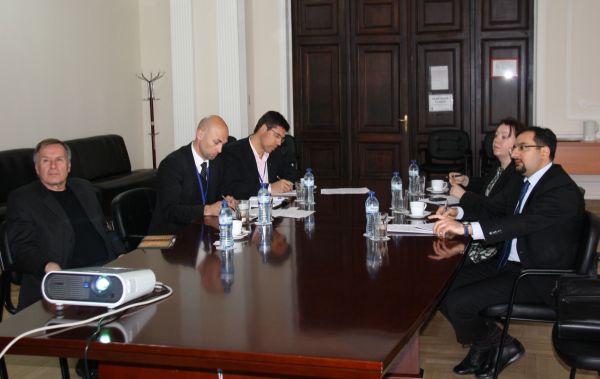