"The European Union is like a large umbrella that protects all people under it". This was the statement of a participant at the EU Day event organised by the Human Security Team of EUMM Field Office Mtskheta in the Prezeti public school. Gathering more than eighty children, teachers and parents, the event was the third one in a row after two other EU Day celebrations in Petriani and Mtskheta.

On 14 May the ABL Team from Field Office Mtskheta had the pleasure of sharing the celebration of Europe with school children from the Petriani area, close to the Administrative Boundary Line. After a short presentation about the diverse peoples and common goals of the European Union, the team participated in organised activities with the children, who ranged in age from 6 to 14. There were prizes, hot dogs and soda for the children, and a supra provided by the teachers for the monitors. Everyone was appreciative and enjoyed the day, including the monitors. The School Director was particularly happy that “the EUMM had not forgotten about us”.

On 16 May two special events for students of two Public Schools in Mtskheta were organised by the Compliance Team. The monitors presented their countries and the European Union in short slide shows. During the second part the monitors showed the equipment which they use during their everyday activities including the armoured and regular vehicles. All participating children enthusiastically took part in the equipment presentation which became the most popular side of the event.


On 17 May the Human Security Team organised several games, a drawing competition with the topic “European Union” and a quiz about the EU, its Member States and the EUMM. Several drawings were presented publicly and awarded. The participants, most of them IDPs from the Akhalgori valley, expressed their appreciation to the EUMM and to the present monitors for the celebration. 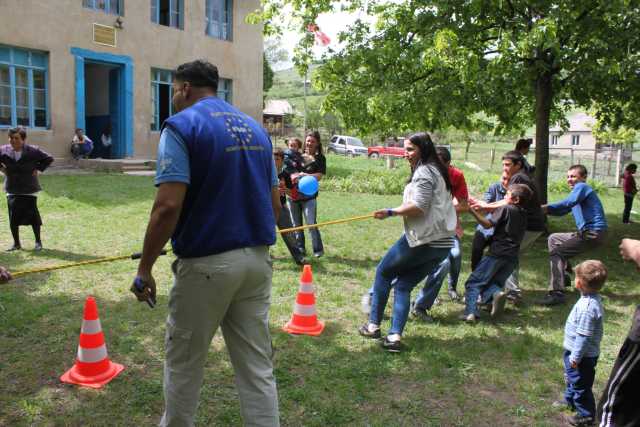 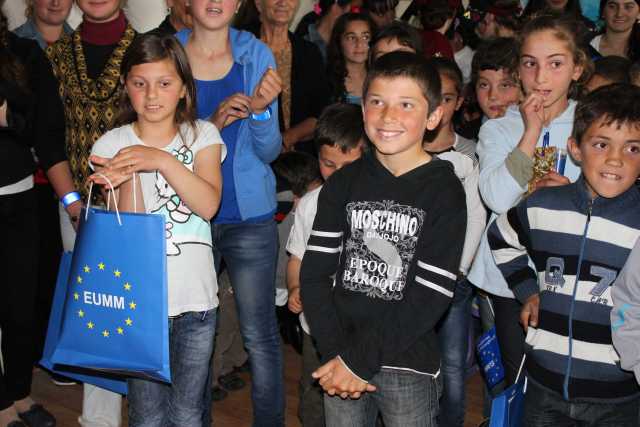