The EU Monitoring Mission Georgia announces Mr. Zviad Mchedlishvili as the winner of the 2021 ‘Special Prize for Peace Journalism’

Today, Head of the EU Monitoring Mission in Georgia (EUMM) Ambassador Marek Szczygieł awarded the EUMM Special Prize for Peace Journalism to Mr. Zviad Mchedlishvili from Newscaucasus.com. He won the Prize for his documentary film “Never been asked/Never are”, which portrays the lives of six young people, born after the conflicts of the early 1990s, living on both sides of the Abkhaz Administrative Boundary Line.

The prize will give Mr. Mchedlishvili the opportunity to participate in a one-month fellowship at the Headquarters of the Institute for War and Peace Reporting, in London. 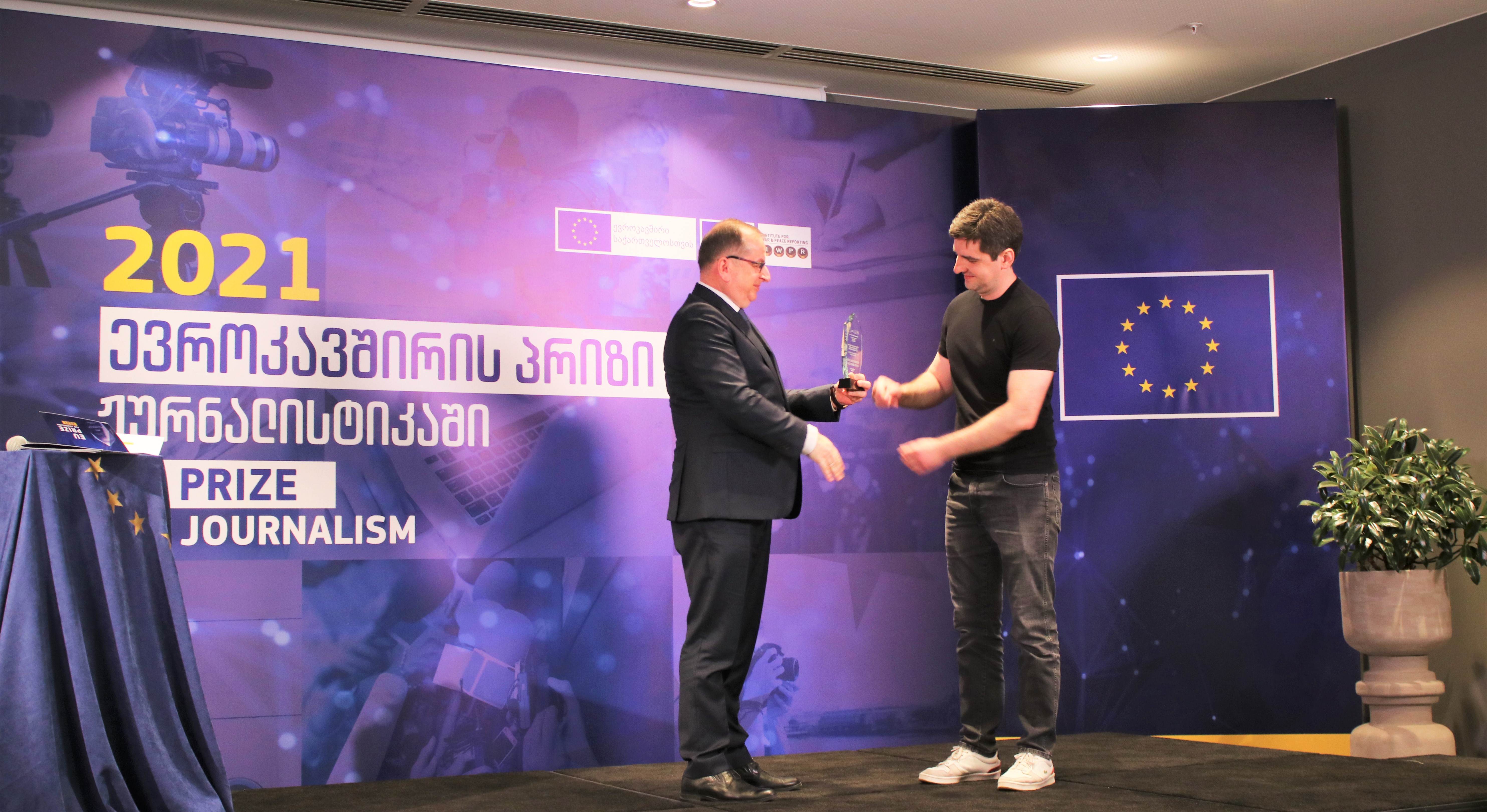 “Through this award we want to encourage reporting of a high professional standard on conflict issues as well as journalism that builds bridges between divided communities – thereby contributing to reconciliation and conflict resolution”, commented EUMM’s Head of Mission, Ambassador Marek Szczygieł. “Mr. Zviad Mchedlishvili’s documentary shows how the conflicts of the early 1990s are still affecting the lives of young people on both sides of the Abkhaz Administrative Boundary Line. Their common desire for a better future is what may bring the conflict settlement closer.”
In addition to the winner, the following journalists each received an honourable mention for their excellent entries:
Honourable mention: Ms. Oktiabrina Tsikoridze from Radio WW 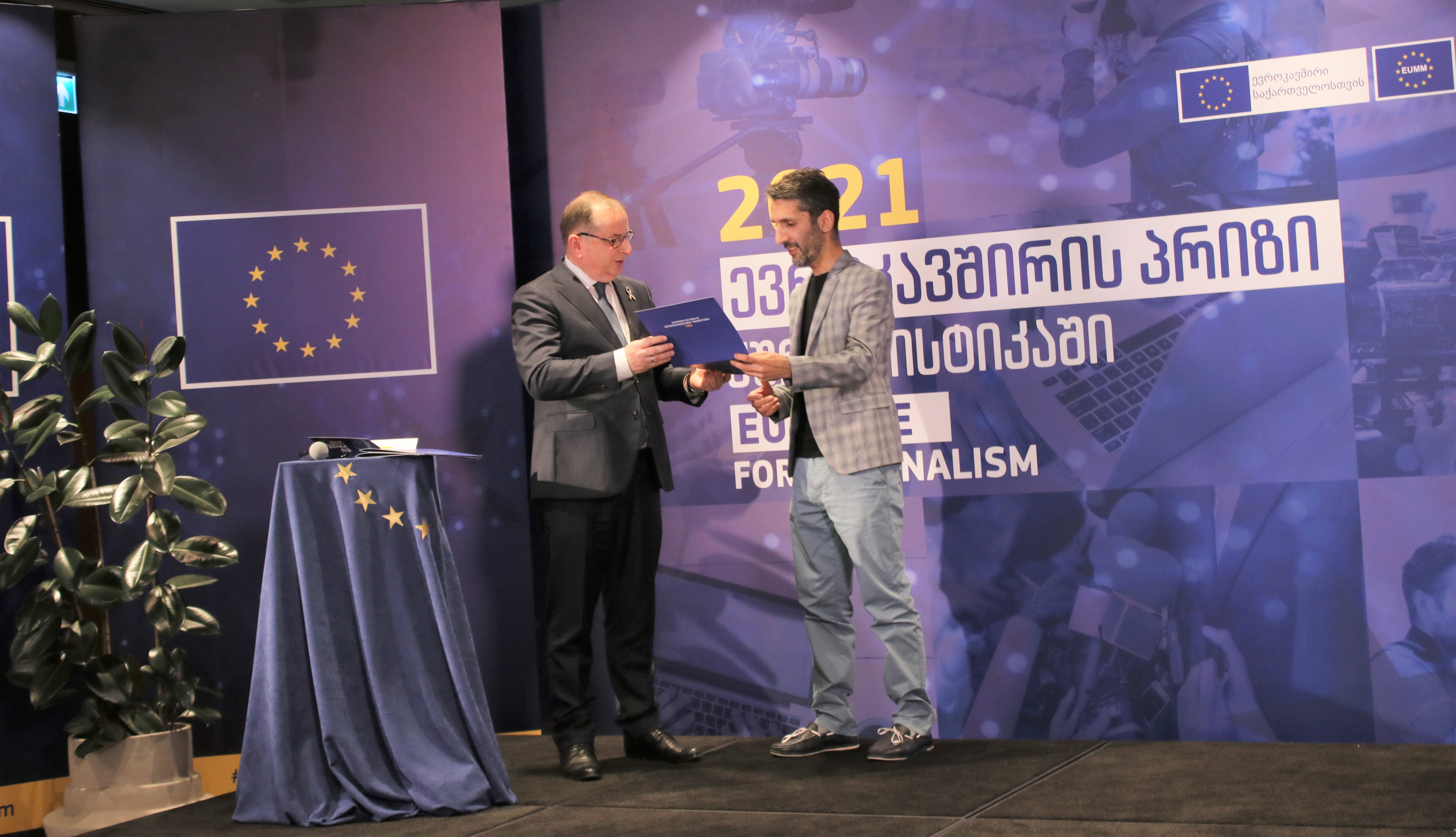 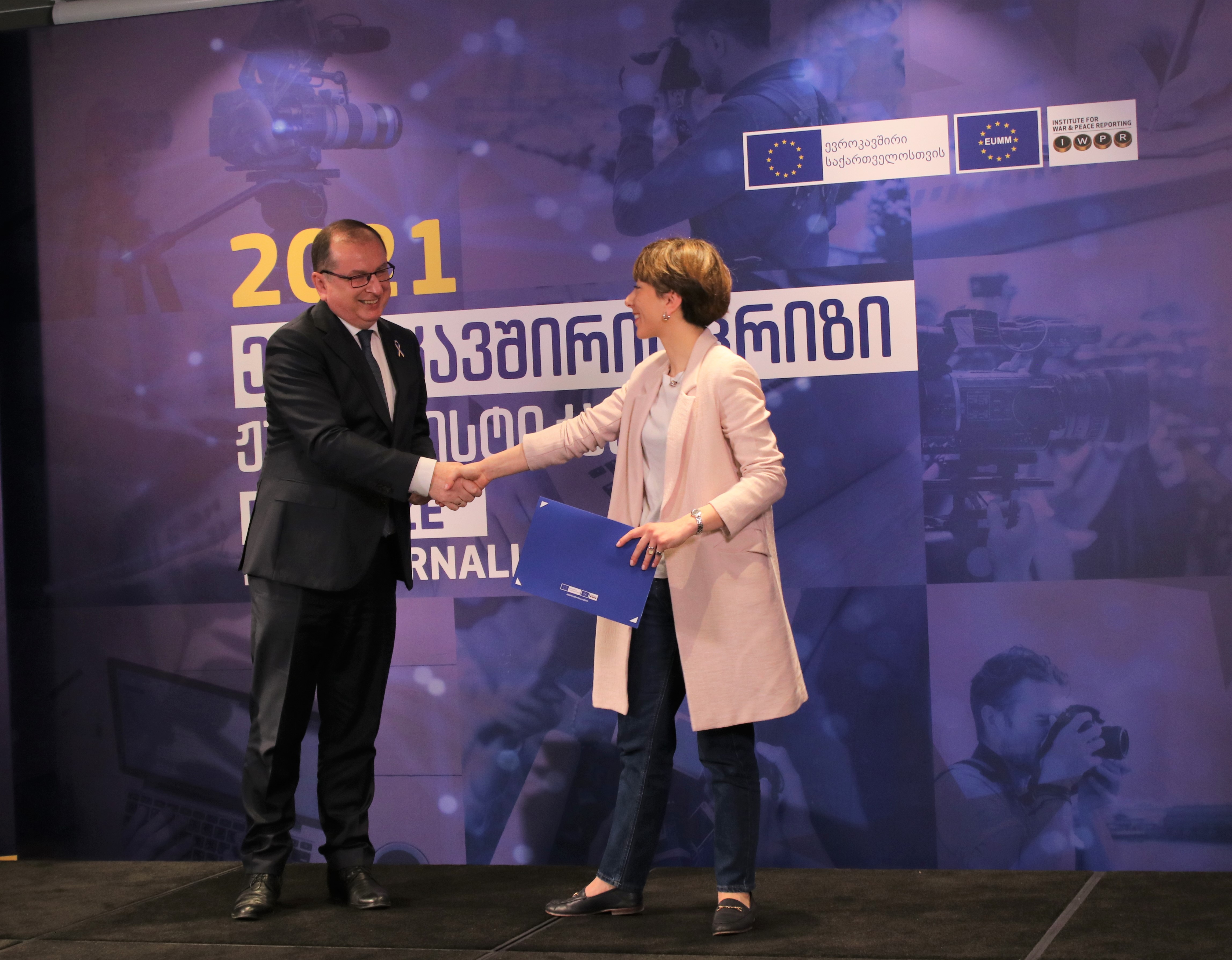 Honourable mention: Ms. Mariam Jatchvadze from Chai Khana Media/Current Time TV
9th edition
The EUMM Special Prize for Peace Journalism is one of the seven categories of the EU Prize for Journalism in Georgia, organised by the Delegation of the European Union to Georgia. Introduced in 2013, this is the ninth consecutive year of the award. The prize rewards ethical, independent and conflict-sensitive journalism. This contributes to confidence-building and peace among communities, one of the priorities of the Mission in line with its mandate.
Previous winners have been:
The EUMM-sponsored prize is organised in partnership with the London-based Institute for War and Peace Reporting.
Further coverage of the award ceremony is available on EUMM social media accounts: Facebook, Twitter and Instagram.