EUMM Head of Mission, Ambassador Marek Szczygieł, welcomed the Foreign Minister and joined her delegation throughout the visit, offering his insights on the most recent developments on the ground.

First in Patara Khurvaleti, and later in the village of Didi Khurvaleti, EUMM Monitors briefed the Foreign Minister and her delegation on the security situation in the area, with a focus on ‘borderisation’ and the negative impact on freedom of movement and other human rights of conflict-affected communities.

The discussions further moved on to the very concrete challenges that communities living along the Administrative Boundary Lines continue to face in their daily life, and which have been further amplified by the closing of crossing points along the ABL. In this regard, Head of Mission Marek Szczygieł explained that two crossing points along the ABL with South Ossetia, Odzisi and Karzmani, are now open between the 20th and 30th of each month, until December 2022. This came after the EUMM’s and OSCE’s repeated calls for the full resumption of freedom of movement across the ABL.

At the end of the visit, the Foreign Minister expressed her gratitude for the insightful visit and EUMM’s contribution to stability in Georgia and the wider region. 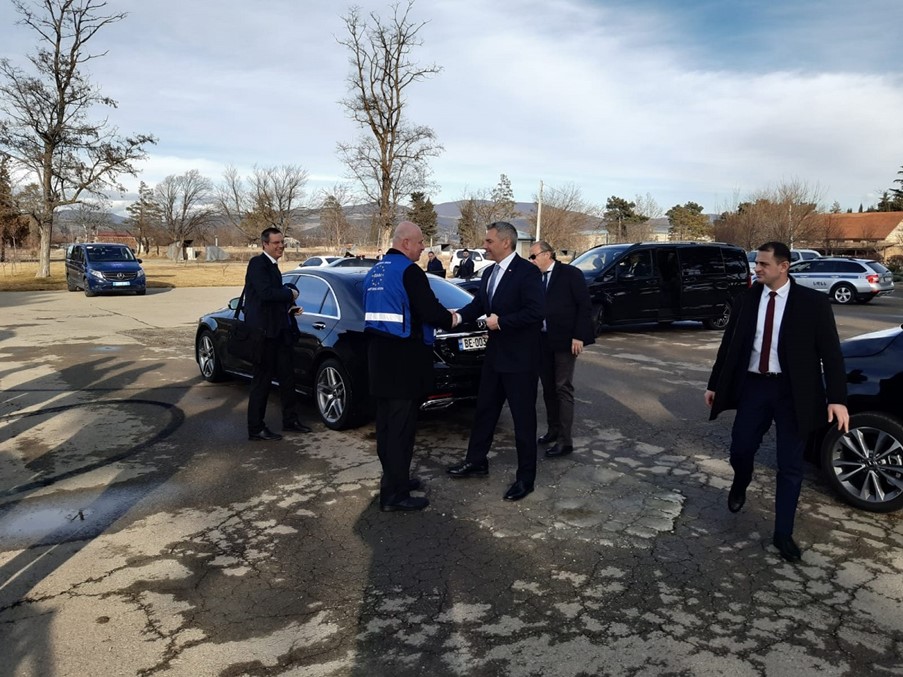