ERGNETI, 10 November 2022 - The 109th Incident Prevention and Response Mechanism (IPRM) was held in Ergneti today, under the co-facilitation of Ambassador Marek Szczygieł, Head of the EU Monitoring Mission in Georgia (EUMM) and Ambassador Viorel Moşanu, Special Representative of the OSCE Chairperson-in-Office for the South Caucasus. 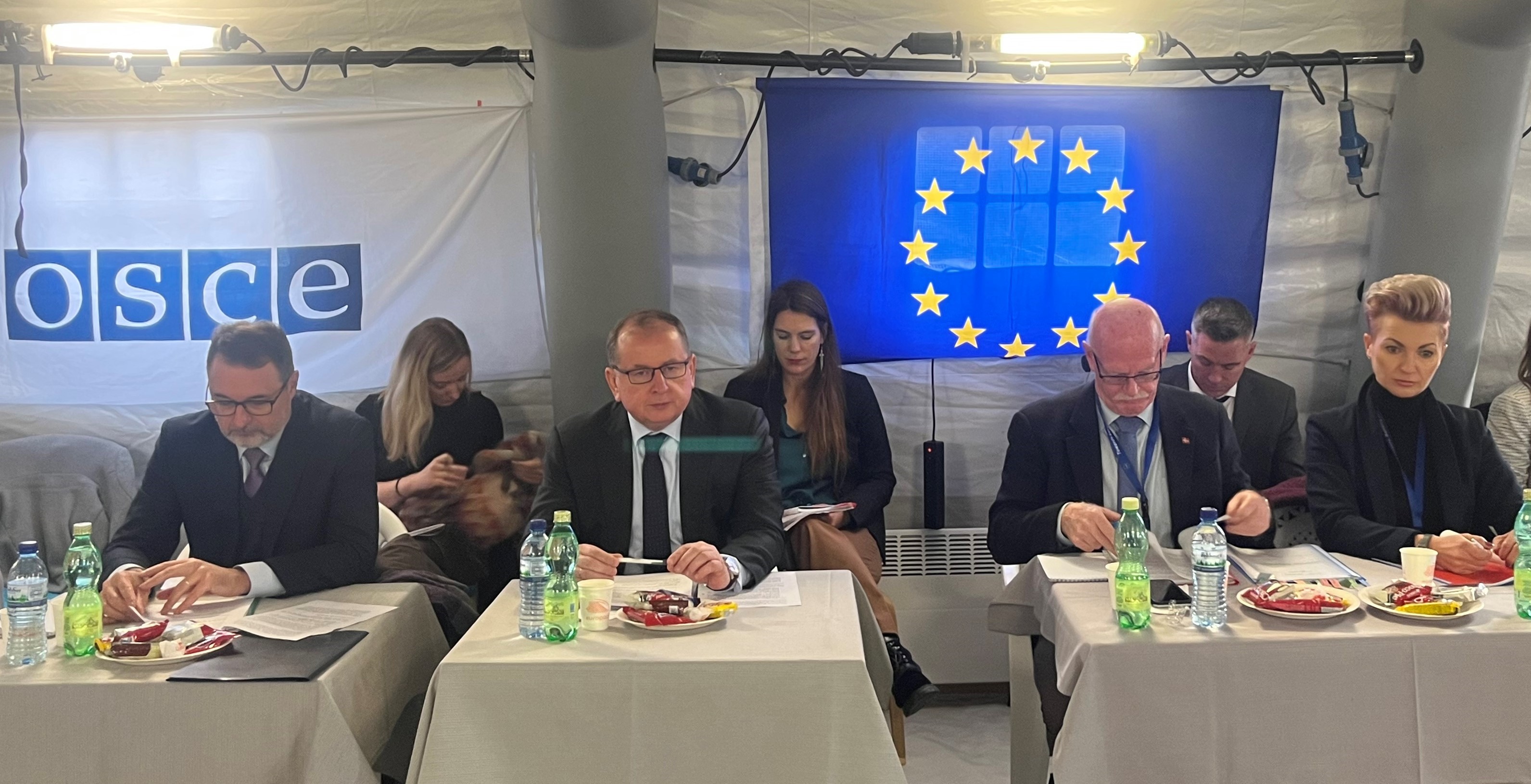 The EUMM and OSCE representatives commended the commitment of the participants to the IPRM. The Co-Facilitators noted the continued benefits of the temporary openings of the Odzisi and Karzmani crossing points along the South Ossetian Administrative Boundary Line (ABL) between the 20th and 30th day of each month since August 2022. Relatedly, they advocated for the lifting of freedom of movement restrictions during the upcoming holiday season, while reiterating their calls for the full re-opening of crossing points for regular cross-ABL traffic. Furthermore, the issue of expiration of crossing documents – so-called propusks – was discussed, with the Co-Facilitators calling on the participants to apply leniency in this matter.

Ambassadors Szczygieł and Moşanu urged for a humanitarian approach towards resolution of pending detention cases in view of the upcoming holidays. The Co-Facilitators insisted on the necessity of their good treatment in the meantime, in particular in terms of healthcare.

IPRM participants discussed issues that negatively impact the lives and livelihoods of the conflict-affected population, including continued ‘borderisation’ activities. They preliminarily agreed to hold a technical meeting on the topic of the ABL-adjacent population’s access to irrigation and drinking water by mid-March 2023.

The Co-Facilitators encouraged all participants to commit to a collaborative behaviour with regard to any security developments along the ABL. They highlighted the need for the effective use of the EUMM-managed Hotline as an indispensable instrument for defusing tensions and building confidence among the IPRM participants.
The participants agreed to convene the next IPRM on 17 January 2023 with a possibility to hold a meeting earlier, if participants found it necessary.